„If you leave now, I’ll have to kill you“, she says. Johannes has just broken up with her but Undine won’t accept it. Paula Beer is looking at him in the half-absent, half-defiant way she’ll only lose shortly when accepting her love with Christoph (Franz Rogowski), an industrial diver she meets just after being abandoned by his predecessor. Undine will make good on her promise, becoming her namesake, a mythical water nymph, popularised during Romanticism. Water plays a pivotal part in Christian Petzold’s new film. It explodes, saves, kills, shelters. It has a hazy, darkly greenish colour to which the film succumbs at its very end. It contrasts with the crisp, cold clean colour scheme of reality, a reality – shot as always with Petzold in rigid, calm, uncompromisingly formal frames, a cold, antiseptic reality unlike the murky waters of love to which Undine belongs. Beer always looks a little out of place in this modern world here, only acquiring that look of quiet confidence when she’s in her element. The realism gives way to, squabbles with, gets mixed up in surrealist moments, an exploding aquarium, a giant catfish, Undine becoming the nymph. Driven by a Bach piano piece giving it a more fairy-tale atmosphere, Undine is a stark, poetic, rough-edged, yet – even though just in short, precious moments – surprisingly warm and tender tale on the traps of love, the impossibility and necessity to let go, the choices we make for love and for life. Undine’s relentlessness, her absolute loving isn’t for this world, Christoph’s gentle warmth is, or just might be. While the film at times tends to tilt a little towards the obvious, it delivers the somewhat surreal, fantastic and frightening extension of reality so typical of Petzold’s work. It offers chances and risks. None can be had without the other. 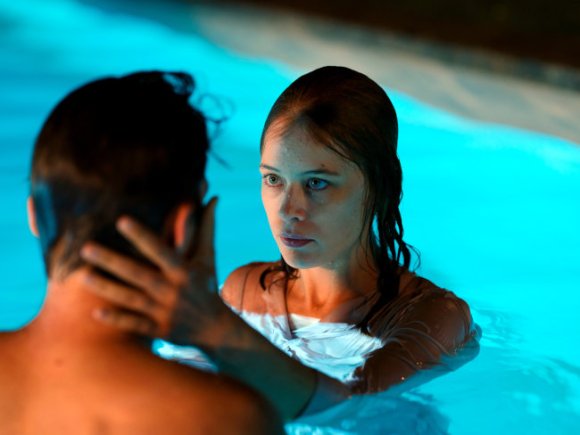 END_OF_DOCUMENT_TOKEN_TO_BE_REPLACED

Luc loves Djemila. Luc loves Geneviève. Luc loves Betsy. One after the other or at the same time. Philippe Garrel’s film feels like the essence of French love stories. The man who cannot help but love, the women who are left behind. Strong, maybe, but broken nonetheless. The male point of view is strong in this film that seems out of its time. Sure, Luc is not idolised but shown as selfish enough to be criticised while still scrupulous enough for the viewer to feel sympathy for him. The women, at the same time aren’t merely weak objects but victims nonetheless, dependent on the man’s whims. Even when Betsy exercises her rights to do as she is done with and adds a second man to the fray, Luc will take back control. His father, played angelically by André Wilms is a (male!) moral role model who is way too pure to be believed. The narrative gives the whole story an almost parable-like feel, the grainy black and white aestheticise it further. This is a tale about love and the doubt as well as the belief in it – told mainly from a male perspective. Luc may be acting badly and irresponsibly but he is only a man with strong emotions so what can one do? Le sel des larmes is a rather old-fashioned tale of love that is really selfishness, drenched in soppy piano music, driven by a cheesy off narrative, painted in „romantic“ black and white and full of old men’s fever dreams that have bothered French cinema for too long. Sorry to see them still alive.

END_OF_DOCUMENT_TOKEN_TO_BE_REPLACED

Inés is a voice actor and choir singer afraid of everything: heights, flying, bats, you name it. When her boyfriend dies in undisclosed circumstances while on holiday, she slowly begins to unravel. An „intruder“ has entered her, she is told by an older colleague, an entity entering throiugh her dreams and altering reality. As reality, dreams and imagination begin to overlap – mixing in some of the set pieces of the Asian horror film she is dubbing – it becomes less and less clear which is which. Ultimately, Inés starts to fight her intruder(s) leading her to the point at which she wonders whether she actually wants to get rid of them. El prófugo is a well-produced genre piece, amospherically solid, especially through its focus on dark, claustrophobic rooms, aesthetically consistent with its clean, polished imagery, including some more unusual perspectives but mostly relying on the proven, and its well enough constructed tension arc although the identity of the (main) intruder is quite obvious early on, with the film adding a nicely sexual element at the end as well as the twist that this might not matter all that much. This is a solid, slightly original, slick and bearably subtle psychological thriller that is rather self-sufficient as such. However, as the first entry in an A festival’s competition, this rather slight work is almost criminally misplaced.

END_OF_DOCUMENT_TOKEN_TO_BE_REPLACED

Joanna is a young aspiring writer arriving in New York deciding she wants to follow in the footsteps of her literary hero. She ends up in a literary agency, dealing, among other things, with their most famous and reclusive author and being challenged by the agency’s boss Margaret. JD Salinger. My Salinger Year is a good-humoured coming-of age story about a woman trying to find her voice and her way in the world. Margaret Qualley plays a naive girl with hidden potential, Sigourney Weaver – very reduced – a tough business woman with a soft core. This is mass production stuff at first sight – until it isn’t „Corresponding“ with Salinger’s fans who she imagines, who „visit“ them, who end up transforming her reality into a more imaginative (and imaginary) alternative, she incorporates their voices, their views, their perspectives to make hers fuller, more complete, more universal as well as more her own. Much of the story is set pieces, the failed relationship with an overbearing man, the mentor storylines, the tragedy revealing one’s true self, the abundance of writer’s clichés. Yet the gentle storytelling, the warm, half-dreamlike light, the subtle performances and the obvious love director and cast feel for the story and the people they’re telling, shine through, giving the film a more personal, emotional, slightly quirky feel. The end is lazy cliché but well, mustn’t literature sometimes be allowed to do that as well?

END_OF_DOCUMENT_TOKEN_TO_BE_REPLACED 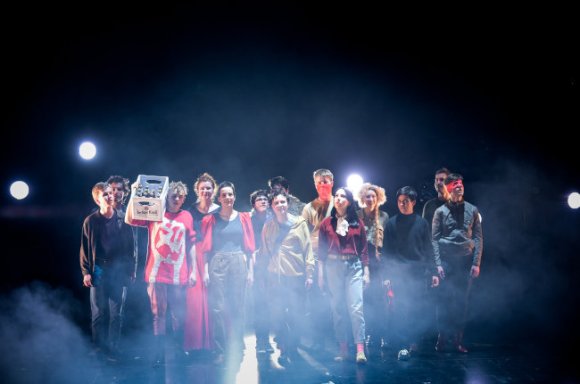 END_OF_DOCUMENT_TOKEN_TO_BE_REPLACED

An Schnüren in die Welt

END_OF_DOCUMENT_TOKEN_TO_BE_REPLACED 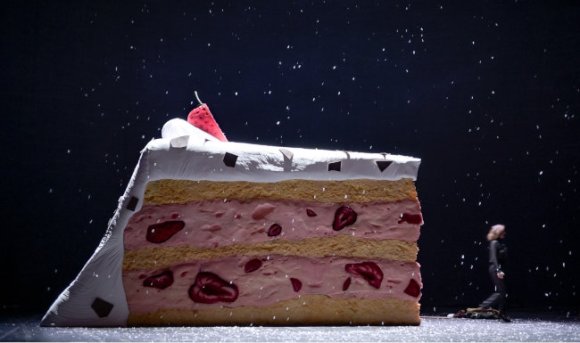