Two women meet on an escalator. They seem to recogniz each other as old friends or more. Even after noticing their mistake, they decide to continue to play, each taking the part of the one the other mistook her for. It’s the third part of Ryusuke Hamaguchi’s triptych about the what ifs of human relationships. And it#s a masterpiece in its light tone, it pale but bright and crisp images full of disappointment and hope, its exploration of what was and could have been as a gate towards moving on. It’s a masterpiece, too, in depecting women, the repressed feelings, lives as compromises, the strength of perseverence, the freedom an unexpected valve carries. All these are present in the other episodes, a love and friendship triangle with two alternative endings and a (rather weaker because of a more traditional stereotype of a woman coming to find herself through the tutoring of a man) failed and then ironically successful attempt at trapping a professor (with an ending that violates the rest of the film’s tone). Bound together by Robert Schumann’s piano music, these three miniatures composed of real-time scenes are glimpses into the eternal as well as very modern struggle to find a way in life and to other people that roles and expectations – society’s and those internalized – often handicap. The poetry of desire, emotion and self-determination and the ironic tragedy of the unknowable other creates a lightly treading, quietly intense gem that in the end, finds this elusive path in the irony of not recognizing who one thought one knew and getting to know if not them but at least oneself in the process. The viewer walks more lightly after the closing credits roll. 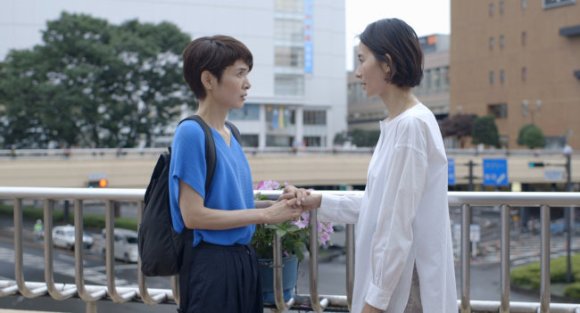